Preferred Equine Put the power and the network of the world’s #1 Standardbred sales agency to work for you.

Washington, PA — Elimination winners Beach Glass and Pebble Beach may appear unbeatable in Saturday’s $350,000 final of the Delvin Miller Adios Pace for the Orchids at Hollywood Casino at The Meadows, but don’t count out Tony Alagna. Few trainers can match his Adios success in recent years. Alagna won ...
Read More 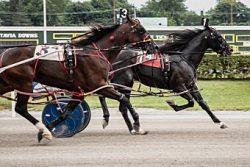 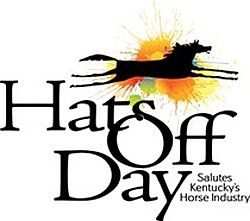 Jewett Leavitt to be honored at Kentucky Horse Park

Lexington, KY — Meg Jewett Leavitt, who owns and operates the well-known Standardbred farm Walnut Hall Limited in Lexington, Ky., in partnership with her husband, Alan Leavitt, will be honored for her dedication to the lives of horses during Hats Off Day, presented by Rood & Riddle Equine Hospital, on ...
Read More

Hoofbeats De Vie and Anthony’s All In sweep Maryland Sires 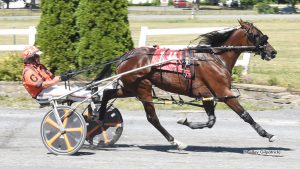 Use Yah Blinkah turned in a career-best performance on Wednesday (Aug. 3) when the three-year-old pacing colts and geldings met at Bangor in the Maine Standardbred Breeders Stakes (MSBS). In the first $18,227 MSBS division, a non-wagering event, driver Heath Campbell sent Use Yah Blinkah right to the front from ...
Read More 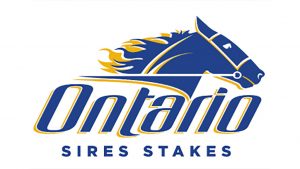 Leg 3B of the Prospect Series for two-year-old trotting fillies has been rescheduled following Wednesday's cancellation at Grand River Raceway due to severe weather conditions in the region. The single Prospect Series division has been rescheduled as a non-wagering event on Grand River Raceway's Friday, Aug. 5 card, with a post time of ...
Read More 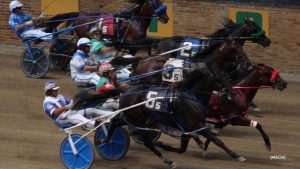 The Pennsylvania fair circuit came to Clearfield for its only four-day stand of the season – two-year-olds on Sunday and Monday, then three-year-olds the last two days, with trotters on the first card of the age group and pacers the second. The freshman baby trotters thus led off on Sunday, ...
Read More 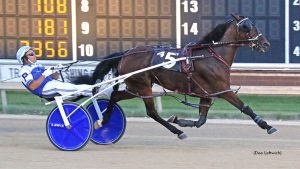 Hottieonthehorizon Strolls To Another Open Win

Hottieonthehorizon picked up her sixth win of the Running Aces season with a dominating stroll-in-the-park style win in the $16,500 Mares Open Handicap Pace on Tuesday night (Aug. 3). Sent off as the overwhelming 1-20 favourite in the five-horse affair, driver Luke Plano wasted no time in getting the impressive ...
Read More 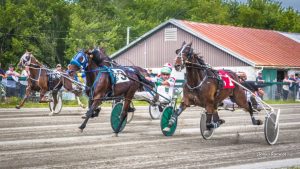 It will be a stakes-filled day at Northside Downs on Saturday, Aug. 6, as a total of five Atlantic Sires Stakes events are slated for the afternoon race card. Two-year-old trotters will go as a non-wagering event at 12:45 p.m. Four trotters will go behind the gate for a purse ...
Read More

Harnesslink Latest News and events in the Standardbred Industry world-wide.

Feed has no items.